In 2012, Tim Clark made a big change. Or did he? Professionally, he retired as chief investment officer for CarVal Investors—an investment fund with over $10 billion in assets—and was named CEO of Urban Ventures, a faith-based non-profit in Minneapolis empowering people to rise out of poverty. In this conversation, Tim reflects on some of the common denominators connecting his leadership in both the for-profit and non-profit worlds—and why he values a good conference-room fight.

What's the common thread from your previous job to where you are now?

Leaving CarVal to come to Urban Ventures may have seemed like a 180-degree turn to many people. But it wasn’t—I already had a different mindset than many in the profit-driven context. I was never in it to compete, but to see where my skillset could take me. With Urban Ventures I’m growing something that is more missionally aligned with where my heart has been headed all along.

What would you say leadership is about?

Fundamentally, leadership is about taking care of the people around me. When I started at Urban Ventures, there were two things I had to learn very quickly. First, as the CEO of a faith-based non-profit, even with a lot of pastors on staff, I’m the pastor to the Urban Ventures staff. I need to care about and look out for them in a different way than I would as a for-profit CEO. The second is that my title is CEO, but my real job is to be the CAO—what I call the Chief Affirmation Officer. My job is to shower love, confidence, and affirmation on my team, because in the non-profit world, that’s the primary currency people have. There aren’t high salaries or high growth trajectories. It’s my job to help them see how their skills and talents are making real change.

How does this leadership role feel different than your last one?

It’s both very different and very similar. In some ways, it doesn’t matter what you’re selling or who you’re selling to. Whether you’re running an investment management company, a church, or a non-profit, you have to have clear vision for what you’re trying to do. You also have to be able to communicate that vision to your employees and clients. Your team needs to have confidence that you, as their leader, are going to get them from point A to point B.

The non-profit space is more relational than corporate, and Urban Ventures may be especially so because that’s what we’re “selling:” the relationship, mentoring approach to urban development. That organizational vision won’t happen if I don’t invest personally and relationally in the growth of the people working at Urban Ventures. The staff may disagree with decisions I make, but what they can’t disagree with is how much time I invest in them and how much I believe in them. Just as important as casting vision is building confidence in my team that they can achieve the vision.

"My title may be CEO, but my real job is to be the CAO—what I call the Chief Affirmation Officer."

How do you keep your staff united around a common mission? 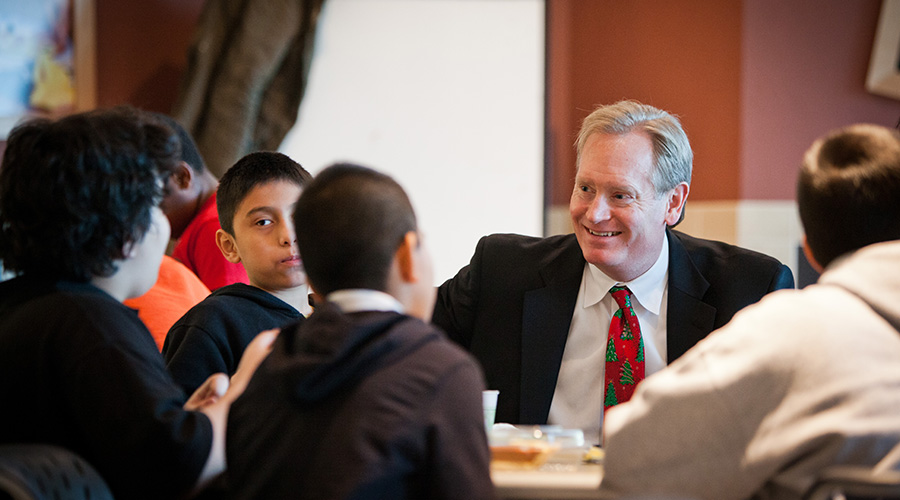 How do you equip yourself to be a good leader?

The biggest thing that helps me lead well is the hunger to learn and the authenticity to say I don’t have all the answers. By putting me at Urban Ventures, God so radically changed my environment that there was no way for me not to listen and learn first. If I had come in and said “here’s the plan, let’s go” no one would have followed. I built credibility by being willing to learn, listen, care, and allow other people to be the experts more than me.

"The mission needs to permeate the culture.”

Is there any danger in being "too nice" as a non-profit leader?

There’s a huge risk in the non-profit world of leaders not being willing to make the tough calls. That became very visible in 2008 and 2009, when everything was paired back significantly because of the economy. I saw many non-profits cut everything 20%—but the organizations I saw thrive were the ones who decided to cut some things 100%. They went on the offense and streamlined to their first priority. That takes tough decisions, and leaders in the non-profit world are often less willing to make those tough calls. I’m grateful for 22 years experience in the for-profit world of forming a mindset that is comfortable cutting and restructuring.

"The organizations I saw thrive were the ones who decided to cut some things 100%. They went on the offense and streamlined to their first priority.”

How do you handle conflict?

I’ve seen far too many non-profits and churches become stagnant and dysfunctional because conflict doesn’t get put in the middle of the table. The thing is, conflict is outside our door everyday; it’s in the lives of every person who participates in our programs, whether racial, socioeconomic, or emotional conflict. And it’s certainly in our own lives. So I lead by creating a context where bringing up conflict is a healthy thing; it sometimes gets loud, but we face it and talk through it. I know of no other way to bring peace and transformation to an organization than to make healthy conflict normative. 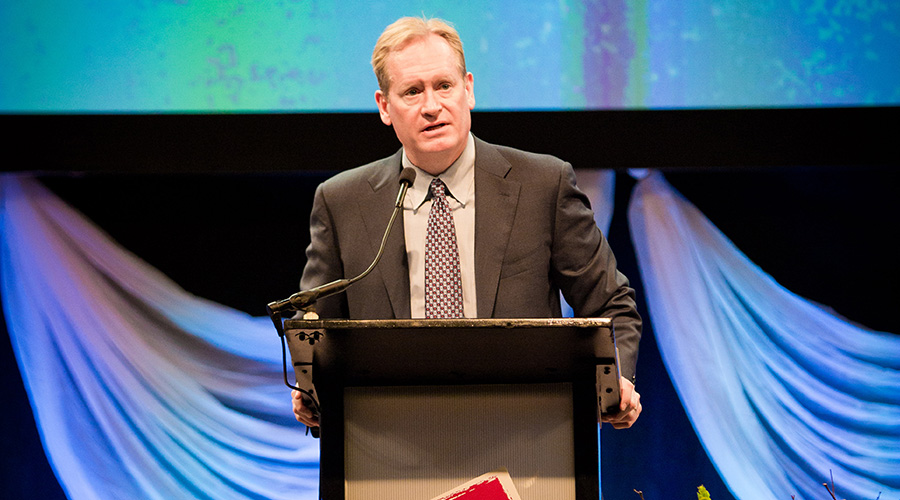 In what ways has your leadership changed in the last few years?

‍Being able to show vulnerability and authenticity is one of the most refreshing things about being a non-profit leader. In the for-profit context, vulnerability is a softness that can get taken advantage of. It’s so refreshing to be in a setting where admitting you don’t have all the answers is a healthy part of the culture. It brings a level of accountability that keeps me humble and walking with God on a daily basis.

"I lead by creating a context where bringing up conflict is a healthy thing; it sometimes gets loud, but we face it and talk through it.”

Ultimately, what drives me as a leader is learning how I can align all aspects of my life with the Word of God. For me, that means to get down on my knees, to seek a relationship with God, and to find the right level of humility. To be authentic about that, I need to strive to live that way 24/7, including how I lead at Urban Ventures.