Growing up as an African-American Catholic girl in a low-income neighborhood of St. Paul, Minnesota, Laurel Bunker would stare at icons of Jesus in church and say, “What do you want from me?” Even then, a sense of mission was core to how Laurel saw herself and her place in this world. Professionally, she has served in many roles, from advocating for low-income single moms with the Jeremiah Program to running Black Achievers with the YMCA. Today, she serves as the first female and first African-American campus pastor at Bethel University, a Christian private school in St. Paul. In this conversation, Laurel shares about how she’s pursuing reconciliation in her context, why MLK’s social security number is on her wall—and why she has a low tolerance for complainers.

What was it like for you as the first African American female campus pastor at Bethel University?

Being the first female of color to serve in this role has been the highlight of my professional career. It has also been one of the most stretching and challenging things that I have done. As a female and an African American, I think that people had expectations of who I was and some made assumptions as to my moral or political standards because of my gender and race. So, obviously there was a great deal of work to do. I came to Bethel University in 2008, which was of course the same year that we elected Barack Obama. For whatever reason, students acted out of some dangerous assumptions about what that meant for Bethel and for our country. The atmosphere was incredibly tense in that first year. But it gave me the opportunity to set a tone and to educate young people about the reality of African Americans, the need for diversity, and the need to trust God, even when what we want does not come to pass.

Were there challenges in that?

Bethel’s draw has always been small-town Minnesota, Iowa, and Wisconsin, where a lot of people have never had to interact with a black person, except through the stereotypes they get through television. It’s that ignorance about marginalized communities that we have to overcome. Before I had arrived, there were some serious racial incidents where students of color were threatened. So Bethel had to work really hard to heal from those things and push beyond just paying lip service to diversity to actually living it out. We worked hard to bring in faculty and staff who understood the importance of knowing how to educate students of color. There was a real effort to change, because if Bethel was going to have any kind of a real relationship with the urban core of the Twin Cities, there had to be authentic racial reconciliation.

How do you pursue that at Bethel, a predominantly white, suburban school?

This isn’t necessarily the most obvious environment in which to pursue diversity and reconciliation,  but if the church, which has been given the ministry of reconciliation by Jesus Christ cannot get it right, what hope is there? It is incredibly important to find practical ways to instill in our students an ability to see beyond their own story and their own privilege so that they can see how God is moving in the world in and through the tapestry of persons whom God alone has made. One way that I’ve tried to address that is by developing a chapel ministry where we can see diversity and reconciliation in action and where they can hear from the global community. It is a powerful experience.

"It’s that ignorance about marginalized communities that we have to overcome.”

Are there leaders who have particularly inspired you?

Yes, too many to number. But I have probably learned as much from poor leadership as I have from being under good leadership. When I arrived here, I knew I wanted to be the kind of leader I did not have in my last three positions. I’d interacted with women who were power hungry or felt they had something to prove. And I’d been managed by men who were insecure or uncomfortable because they did not know how to supervise a strong woman of color. In both cases, their ability to mentor and challenge me was diminished. So I came in wanting to be the leader I lacked—and to honor earlier role models as well. I think of a strong, positive leader in my life; I think of my supervisor, Mr. Hartung. I worked for him at  Walgreens back in high school. Mr. Hartung was a quiet man who led by example. He was always the first person to get to work and the last person to leave. He was timely, efficient and moved quickly. He took the time to help every customer and gave us chances to grow in our leadership and expand our responsibilities. If I made a mistake, he wouldn’t yell; he would lock eyes with me and instantly, I’d feel convicted and that I needed to get it right. He was one of those people that you didn’t want to let down. He cared enough to challenge me when I was wrong, but also enough to celebrate me when I succeeded. I will forever be grateful for that. 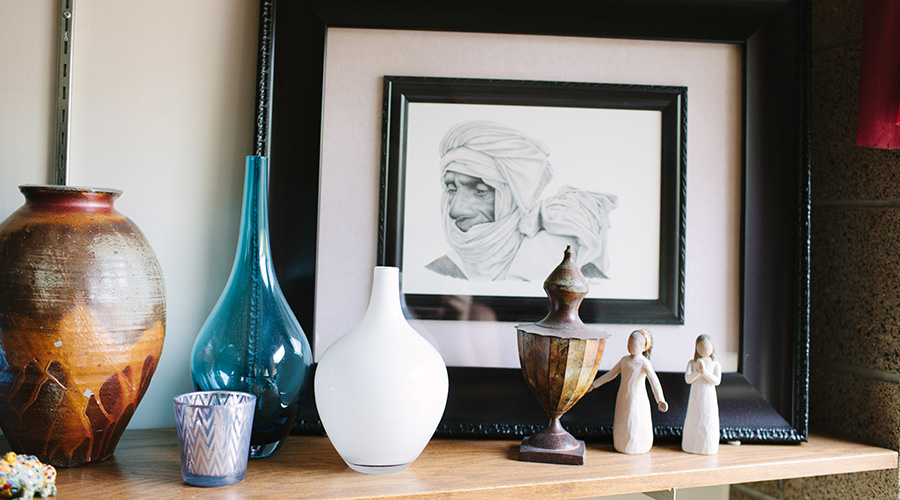 What sorts of struggles are you seeing in students these days?

I have a low tolerance for lack of gratitude. I see a lot of students who take for granted the blessing of having a degree, and have an attitude that it’s just not enough for them. And meanwhile I’m thinking of children who’ve been beheaded just because they’re Christian, or women who’ve been raped in the Congo, or someone in Rwanda with the courage to forgive the man who murdered his father. I understand there is tough stuff happening within these walls, too—addiction, depression, abuse—but if my students can’t open their eyes to the blessing of each day, just because they’re so accustomed to having what they want that they’ll just complain the day away, I’m stunned.

"I have a low tolerance for lack of gratitude.”

You have numbers on your wall. Tell me about that.

That’s Martin Luther King Junior’s social security number. It’s a reminder to me that he was an iconic figure, but also just a father, just a husband, just a citizen, too. He was born on a certain day and died on a certain day—and like everyone else he needed to make the decision whether he would use the dash between those dates for himself or to serve others. It reminds me that, just like him, I have a dash, and I’m grateful for the opportunities that have been given to me.

What do the other things on your wall mean to you?

The letters above my door spell “hope”, and a student made them for me while her mother battled cancer. Here’s a notecard, signed, “A thankful student.” There’s no name or anything. But this sort of thing means a lot to me—especially on days that are so packed. When I skip lunch to sit with a student who needs me, these things remind me how blessed I am to be here working out of my passion to minister to young people. There’s no place I’d rather be. I feel like everything I’ve done so far, from higher education, from nonprofit to ministry, the highs, the lows, the unfair things, the poor leadership, the great leadership, all grew me up and prepared me to be in this position.

"Like everyone else King needed to make the decision whether he would use the dash between those dates for himself or to serve others.” 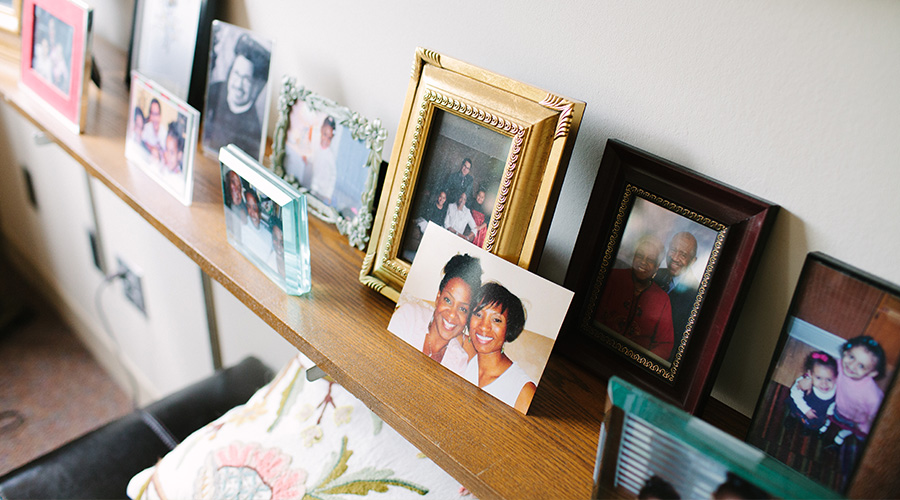 I’m compelled by my faith to move out into the community around me, especially ministering to youth and young adults. My calling is to minister and model the love of Jesus to those in need of a fresh understanding of who He is.