When Kurt Vickman sees that an existing model is no longer connecting with people, he gets to work imagining a new paradigm. That has been the impetus behind all of Kurt’s innovative leadership—from leading the charge on Sunday evening experiential worship services through Upper Room to opening the Minneapolis neighborhood grocery store Good Grocer. Designed to give families access to healthy food at affordable prices through a new working volunteer model, Good Grocer lowers operating costs and prices by enlisting members to help run the store. For Kurt, the model is a personal one; born out of his own journey of embracing his differences and discovering the unique gifts he brings, Kurt’s leadership is built on the idea that no one is helpless and everyone has giftedness to contribute.

Has your career followed the path you expected it might when you were younger?

My path early on was characterized by not feeling smart. I remember in 4th grade, they had those star charts where they’d put a star next to your name if you did your times table right. And I remember looking up at my name with one star—and at the name next to mine with eight stars—and thinking, “I am really dumb.” There are words that do something to you, and that word took a long time to shake. I was diagnosed with dyslexia, but other than the fact that I had to go to a special room while my friends were together in their classroom, I didn’t know what that meant. At that age, you just want to be the same as everyone else, and I wasn’t.

There was an awards ceremony at my school, where 280 awards were given out, with some kids receiving two or three awards. I received none. I remember my father wrote a letter to the superintendent saying I suffered from developmental dyslexia and asking how it would make the few remaining kids feel to receive nothing. What I took away from the whole incident was that my dad believed in me. He believed I wasn’t what others deemed me to be and that I had something to offer.

How has that shaped your leadership?

I think so much of our role as leaders is to believe in the people we lead—recklessly, relentlessly. But it’s taken me a long time to truly embrace my own humanity. I spent the first decade of my adulthood trying to transform parts of myself to fit the norms around me. When I interned at a local church, I worked hard to quit swearing and drinking around the teens. Those weren’t bad goals, but in focusing on cleaning myself up externally, I lost some sense of self. I was trying to hide the recklessness, craziness, and brokenness that made me who I was—but as a leader, and particularly as a Christian, I came to realize that was hypocritical. I can’t pretend to be someone I’m not. Far more than trying to be the perfect leader, I’ve found owning my imperfections creates a healthier culture, one where people can talk things out and authentically engage each other.

How has that driven the different ventures you have started?

With each thing I’ve started, I’ve always felt some sense of disruption—that the existing way of doing things was no longer connecting authentically to people’s needs or longings. Working in student ministry, I realized students were graduating and leaving the church. My friends saw the Christian faith—the very thing bringing me life—as irrelevant and full of hypocrites. I longed for them to be able to connect with it authentically, but to do that I would need to create an entirely new experience of it. I began a congregation called Upper Room that would meet on Sunday evenings and connect people with a fresh experience of church.

"I think so much of our role as leaders is to believe in the people we lead—recklessly, relentlessly.”

That same sense of disruption is what led me to create Minneapolis Market, now Good Grocer. I saw a neighborhood full of people who would buy healthier food for their families if they could only afford it—and I saw a faith community with an opportunity to go beyond just talking and preaching to living and acting in love. We opened a food shelf where we handed out thousands of pounds of food to lines of hundreds of people every week, and it felt good to “do good.” But after a while, I started to realize I might actually be hurting the people I was “helping.” I realized I saw them—standing there in line—as helpless, with nothing to offer, and it was eroding something in them. Once again, I felt that familiar disruption. What if I could see them as helpful instead? What if we could create a completely new model that empowered their authentic giftedness instead, a model that would blur the lines between charity and business, between recipients and contributors, between “us” and “them”? That’s what Good Grocer is. 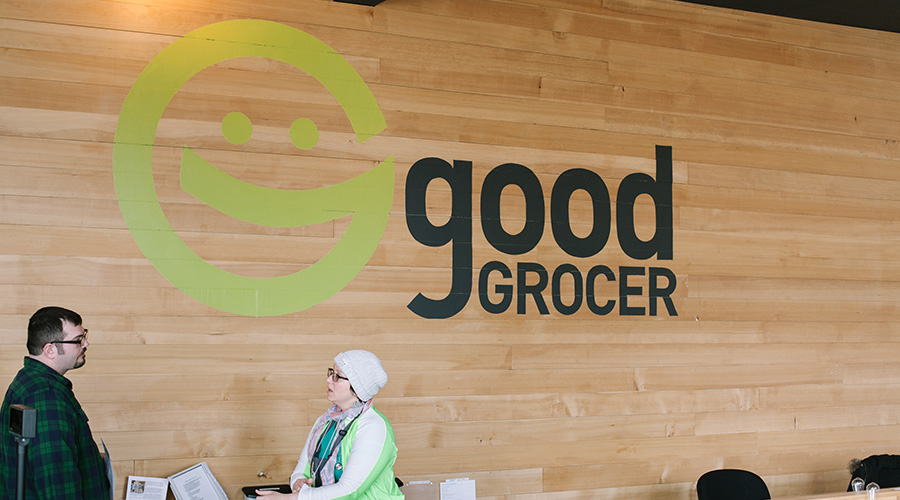 What is the process of innovating a new model like for you?

For me, the vision always begins with the physical space and the ability to see what it could be in its resurrected form. When I looked at this big empty space on Lake Street, I could envision a communal connection happening there. I could imagine people coming into a space that felt beautiful, where they could get the food they need for their families; rediscover a sense of self; or feel safe to ask someone for prayer. The space at Good Grocer allows that—and it was that kinetic building phase that led the innovation of a new model. That is one of the things that always drive me: creating spaces that bring folks together.

What challenges have you faced in bringing it to life?

The envisioning part is what I love to do, but once the vision is up and going, I rely so much on having a talented implementer who can ground it—and it’s always a challenge for me to find where I best fit in the ongoing implementation and management of what I’ve started. As a visionary, I love seeing something that didn’t exist come into existence—but the intensity of that vision can sometimes exhaust my staff and give them a kind of whiplash. That’s a part of my leadership I’m still trying to figure out, because even knowing things run better when I’m leading from who I am, I have to be conscious of not outpacing or overbearing the implementation.

"What if we could create a completely new model that empowered their authentic giftedness instead, a model that would blur the lines between charity and business, between recipients and contributors, between ‘us’ and ‘them’?”

Where do you go for inspiration?

It’s strange, but one of the places I go for inspiration is the cemetery. In Scriptures, it says, “A wise person thinks much about death.” I’ve learned that to be true through two early, deeply wounding, but also very clarifying experiences with death. My friend Spence died of cancer when I was a freshman in college, and my mom—one of my greatest heroes—fought cancer from the time I was in junior high until she died two years after I graduated college. Far from being morbid, these kinds of things have a way of focusing you on what’s most important in life. When I look at their tombstones, there’s a dash between the day they were born and the day they died; that dash is the smallest thing on their tombstone, and yet it’s where they jammed all their living and loving and learning and giving. It reminds me to live a life that matters. 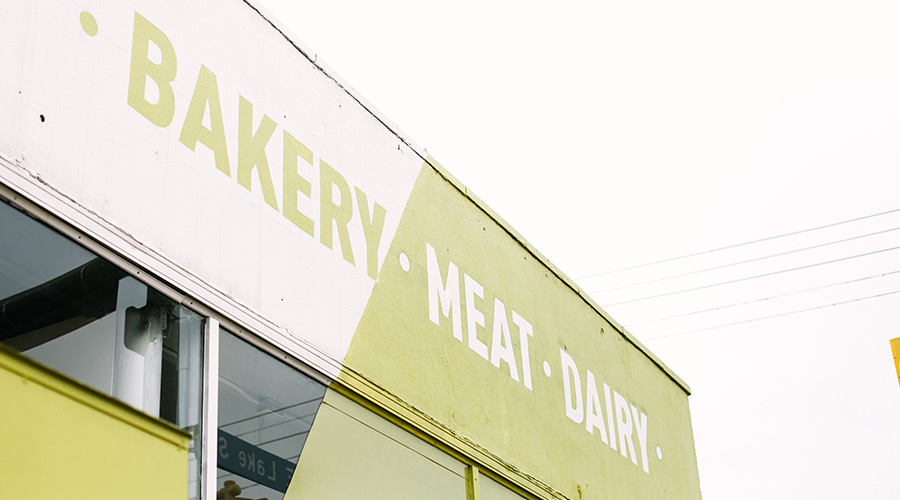 How do you measure success?

Looking back on previous ventures like Upper Room, it was tempting to think it was successful just because it got bigger and more people were involved—and perhaps that was some indicator that God was doing something through it. But what meant more to me was that it started a conversation. When it began, it was one of two churches hosting that model of Sunday evening service—now there are 50 or 60. That’s the dream with Good Grocer, too. We’re trying to fill the gap that exists between food shelves and a regular grocery store or food co-op by innovating a new model that can start conversations and spark others like it. It’s important for me to remember that in this challenging, early stage with Good Grocer when we’re trying to build momentum toward something truly sustainable. Even now, a win for me is if someone walks in the door at Good Grocer and feels completely normalized—not treated like they’re helpless or someone’s cause, but able to buy the food they choose in a place where they belong and contribute.