Jeff Cowmeadow was born in a non-church family in a small steel town outside of Pittsburgh, never dreaming that one day he would lead a multicultural movement of people—but Calvary Church in Minneapolis is just that. Jeff has bucked national trends both by his tenure of 29 years, but also by his passion for unity amid great diversity. In our conversation with Jeff, he shared about the vision behind Calvary’s unique engagement with their neighborhood—and why he has pictures of all church members up on the wall.

What kind of church is Calvary?

Our sign says we’re “A Multicultural Movement of People,” which is a pretty attention-grabbing statement, but it’s true. For us, that means diverse people are welcomed around a shared table. Calvary is located in the heart of Whittier, Minneapolis, “the international neighborhood.” Within a 4-block radius of Calvary are single moms, young hipsters, transient renters, Somalis and Latinos, ethnic restaurants and housing for people living both below the poverty line and upper-middle-class professionals. The area is about 50% white and 50% non-white—and so is Calvary’s congregation. That’s an anomaly among most churches today. We’re also growing—which is unique for a 132-year-old church.

"The story of Calvary isn’t about a shift from one category of people to the other—it’s built on bringing both together.”

There’s a room here called the McGarvey Room, named for a prominent local family of means (founders of McGarvey Coffee). Right next to it is the Maki Room, named for Brian Maki, a homeless man we found sleeping in a dumpster to stay warm on a winter night. We invited Brian inside, and he ended up living in that room for 24 years and taking care of this church. That contrast between the McGarvey Room and the Maki Room perfectly sums us up. The story of Calvary isn’t about a shift from one category of people to the other—it’s built on bringing both together.

How has Calvary changed over its history?

Back in the 1920s, there were 1,200 members and Whittier was a very wealthy, High Baptist neighborhood—the ushers used to wear tuxedos and white gloves! When I arrived in 1986, there were about 40 people, mostly white-haired folks who chose not to move to the suburbs and single mothers from the neighborhood—and me. I hired an African American to lead our worship. That’s where the vision of inviting people to experience a shared table began.

How is Calvary engaged in the neighborhood?

There’s such great energy, creativity, and spirit among the congregation for engaging innovatively in the community around us. I think Christians talk way too much about being called to serve the “other.” A movement isn’t serving people—it’s about being with people. Movement is “withness.” Right across the street is an apartment building where a lot of single moms live, and they said their number one need was a new playground. We’re helping build that. Our newest neighbor, Black Sheep Pizza, offered to provide dinner for the kids at our tutoring program for 6 weeks while our cook was out of state. Since 2000, we’ve served warm meals on Sunday afternoons for mostly homeless friends, but it’s as much about hanging out and chatting as it is about food. Our goal is to get the people who eat the meal to also prepare the meal and the people who prepare the meal to sit down and eat it. We’re pursuing authentic relationships with people and extending a kind of hospitality to each other that goes deeper than service.

"I’ve learned to drop to the back of the flock and share leadership—because we’re all flying in the same direction, and we’ll go farther together.”

How do you think about leadership in the context of "withness"?

Humbly. I live right on the Mississippi River in Minneapolis, so I see all kinds of wildlife. A lot of geese. I was thinking about how geese fly in a V-formation with a leader in front. But then the leader drops to the back, and a new leader takes over to share the load. They can fly longer that way. That’s a key metaphor for me leading this congregation and movement, and hopefully part of how I’ve matured in my time here. We recently went through a yearlong process that involved the whole congregation in discerning and articulating the core values guiding our church. In the early days, I would have just written the values myself and hurt people because I was in a hurry. Nobody would have owned them. But now the whole congregation owns these values, because even though I led the process, we wrote them. I’ve learned to drop to the back of the flock and share leadership—because we’re all flying in the same direction, and we’ll go farther together. 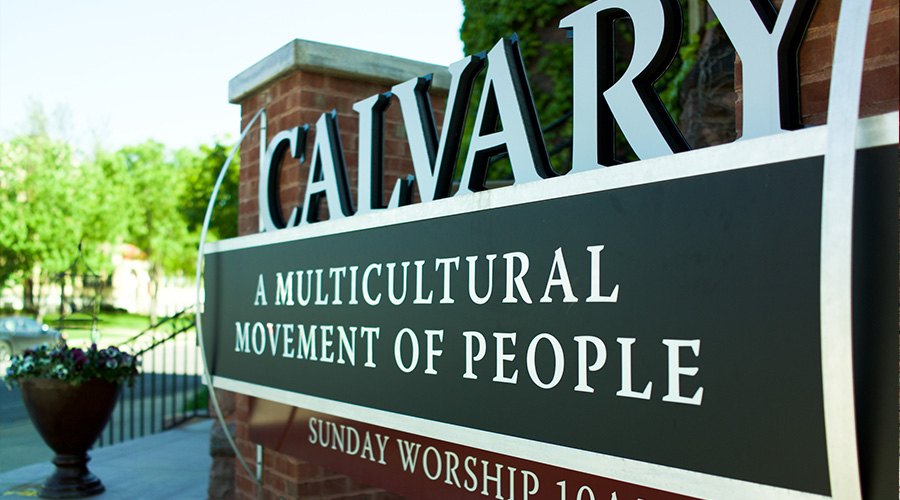 How do you build unity amid diversity?

The disconnect that’s hardest to bridge isn’t actually race, but class. Class is ultimately what creates such disparate experiences, to the point where there isn’t any commonality for people to talk about. But what I’ve learned is that the one bridge that connects all of us—across class, culture, race—is the experience of pain. Pain is the kernel out of which my own ministry was born. I had a sister who was born with brain damage and physical disability, and my brother died of AIDS. The pain of both experiences deeply shaped me. So we have part of our service every week called “Praise, Pain, and Protest” where people can stand up and share a lament. It helps people understand that they may be different, but they feel the same pain. It’s brought us together.

You recently received a significant anonymous donation. Can you share that story?

One Sunday, a young guy who worships here brought his parents. His parents got excited to hear about Calvary’s multicultural vision and the ways we were working with the neighborhood, so they went back to their hometown and told a friend about it. Their friend responded by saying, “Thank you for telling me. I have a million dollars I want to give away, and I didn’t know where to give it.” So this man gifted Calvary a million dollars, no strings attached. To this day, we don’t know his name; he wanted to be totally anonymous. We thought and prayed hard about what it means for us to have this money, and we knew we wanted to put it to work for the community. So we made a decision to lend half of it to an organization creating affordable housing in the city, put another quarter in a socially responsible fund for our neighborhood bank that will fund others, and the rest we are managing and growing, pulling 3 or 4% out of it each year for our own ministry use.

"The one bridge that connects all of us—across class, culture, race—is the experience of pain.”

But that’s not the end of the story. A year later, the same man was intrigued with what we’d done with the money, so he gave us a second million. These extraordinary gifts open up so many opportunities for us to come alongside others and be a resource to them, just as others have come alongside us all these years prior.

"That’s not the end of the story. A year later, the same man was intrigued with what we’d done with the money, so he gave us a second million.”

You've been at Calvary for 29 years, and it's the only call you've ever taken.

After 29 years here, I still have so much left to learn—and that’s life-giving for me. I remember meeting a pastor when I was in seminary who was leaving his church after only three years. When I asked why, he said he’d accomplished all he could there. I was baffled. Is three years even enough time to actually know anybody? I want to own more responsibility than that. It’s tempting to tell myself I’m just a little guy on a corner who isn’t smart or mature enough, and to tell God not to expect much from me. I feel like Moses, who said to God, “how am I qualified for this?” But I also have that burning bush in my belly to intercede on behalf of the Kingdom of God, just like Moses did. It took Moses 40 years in the wilderness to really mature—so I know I still have a lot to learn. 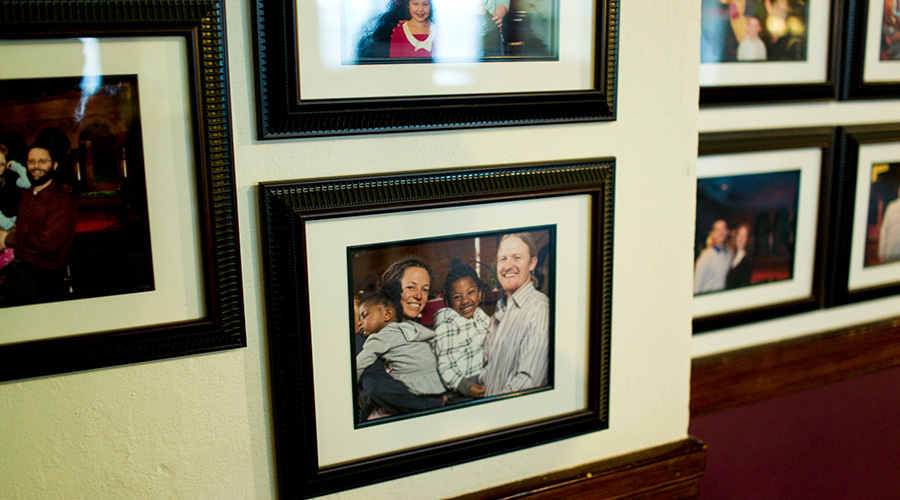 There are pictures hanging on the walls of your gathering space. What's the story behind those?

It struck me once that when you go into people’s homes, they have pictures of their family up on the walls. So I thought, we’re a family here at Calvary—it would be nice to have all our members’ pictures on our walls. This is our family.